The Fantastic Machine Album Artwork by our favorite artist, Michael Moss. Hailing from San Francisco, we are into supporting this local artist and want to share this artwork with all of you. The artwork is originally made for vinyl and we have made this 11X17 poster of the artwork for you!

The artwork for this CD was designed by Michael Moss, and there is a 12 page insert with lyrics and photos of the recording process and some photo shoots. This is a collector's edition for sure, as there are only a few left and the next pressing will not be the same.

Check out this UNPLUGGED album for the mellow mood in you. When you want to chill and get inspired in all the best ways, this classic features songs like"Beautiful Day"; to lift your spirits, "Dream of Me" to take you on a journey, "Mary Jane Blues"; to get you groovin', "Love Returns" written on green paper and more. This album features mostly Pamela Parker on all instruments, but read the liner notes on this one, it features some great musicians on most tracks like: Norwood Fisher (Fishbone) on bass, Bobby Lee Rodgers (Col. Bruce Hampton) on guitar, Dave Shul (Michael Franti & Spearhead) on guitar, Mark Calderone (Albino) on bass, Yari Mander (Gamelon X) on percussion, Dan Parker (Citizen Cope) on bass & organ, Jacob Thro on cello and Jacob Williamson on 7-string guitar. So, as you see, this was a labor of love and traveling, Pamela recorded this record from East Coast to West Coast all the way to Japan.

The artwork for this album was designed by Michael Moss and all photos by Sequoia Emmanuelle. Veronica Ramirez, a few volunteers and I made the Earth Peace Mandala pictured behind me throughout this album in Golden Gate Park especially for this album. The mandala represents beauty in music and nature coming together as one.

Purple T-Shirt with the White Face Logo, designed by Michael Moss. T-shirts are very soft and the brand is Unisex fit Perfect Weight T by District and it is 100% Cotton. Screen printing by local printing press Brand Marinade in Oakland, CA. We are proud to support local businesses!!!!

Purple T-Shirt with White Face Logo in a Women's Fit Perfect Weight T by District. These Ts are super soft and stretchy 100% cotton! White Face Logo design by Michael Moss. Screen printing by Brand Marinade out of Oakland, CA. We like to support locally owned businesses!

This t-shirt is ComfortSoft made by Hanes and is 100% Cotton.

This White shirt with Red Baseball ¾ Sleeves with the message I ❤️ Rock & Roll designed by Michael Moss with the Heart Face Logo (which is also a sticker).

The T-Shirt brand is Bella + Canvas Airlume Jersey, which has a great soft and thinner t-shirt feel with ¾ sleeves. These t-shirts were screen-printed by Brand Marinade, located in Oakland, CA. We love to support local businesses!!!

Pamela Parker Rock & Roll Baseball 3/4 Sleeves T-Shirt in black with red sleeves. Logo and design by Michael Moss. T-Shirt Brand is Bella and is a thicker knit 100% cotton t-shirt that's warm and very stretchy! Pictured is a Small on Pamela and an XL on Jaimeson in these photos. This shirt is worn by everyone and feels so cozy and soft and warm! It's a thicker shirt than the White w/Red Baseball ¾ Sleeves shirt. Men who are normally be a Small will be an XL in this shirt, and men who normally wear a Medium will be a 2XL in this fit of shirt FYI.

This shirt runs fitted and stretchy, so it fits the body snug, but is not tight to the feel! If you love your shirts fitted but not too snug, this shirt is stretchy enough to do ALL the things and warm enough to keep you happy all year around!

White Sunglasses that ROCK!!! UV Protection. A must for anyone in this day and age. I've been selling these sunglasses at all my shows since day one because of how much I liked them myself. Now they are available online for all of you!!!

These buttons were all designed by Michael Moss! There are 4 types and sizes of buttons to choose from.

We LOVE you , which is why we wanted to offer you a heart sticker so you can also spread the love!!! Design by Michael Moss (Photo by Edward Saenz).

This sticker is 3" wide and about 2.7" high and is cut to the shape of the red heart.

Signed photo of Pamela Parker directly to you!!!

Let us know in the notes if you'd like to have Pamela address the photo to anyone in particular.

This new poster accompanies the original classic rock for the new millennium album, Evolutionary Process. Get your copy of this poster while supplies last. This poster is printed on slightly thinner paper than our other posters.

Original Poster Artwork by Michael Moss, from San Francisco, CA. This was a psychedelic show we did for our fans that showcased us doing tunes of Janis Joplin.

The band and I would like to thank you for your continued support and patience in the process of completing our last album, The Fantastic Machine. It has been a long road, and yet it feels like we've only just begun in the process of sharing. This album was produced and recorded at Hyde Street Studios with my stellar team Chris McGrew (Drummer) and Jaimeson Durr. Mixed by Jaimeson Durr. Mastered by Mike Wells Mastering. The band is: Me (guitar, piano, vocals), Tom Finch (guitar, vocals), Spence Murray (bass, vocals), Chris McGrew (drums) and Ryan Hickey (keys, vocals). We had a few special guests like Rich Armstrong (Trumpet & horn arrangements), Teddy Raven (Saxophone), Jay Davidson (Saxophone), James Caran (Vocals and Vocal Arranging on Eclipse), Kim Moon (Vocals on Eclipse) and Shock G (Rap on Final Hour). The other amazing thing is we were able to have Michael Moss airbrush and hand paint our album cover and back. He has designed our artwork to fit on Vinyl, which we will be printing in 2021. 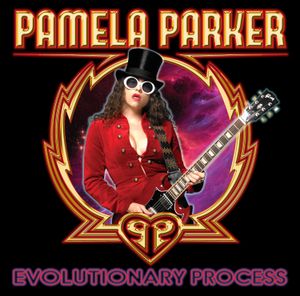 "When I first heard Pamela Parker's Is It Real I knew I had to have Evolutionary Process. Pamela Parker sounds like the love child of Ann Wilson and Axle Rose all the while looking like the daughter of Slash, Eric McFadden plays the guitar like he's being possessed by Jimi Hendrix and Carlos Santana at the same time. There's only one real word to describe this band and this album....Smooth. This is the kind of music you want to roll over, light a cigarette and ask was it good for you, too? There is no such thing as a bad song on this album, it's the kind you can put in your car and go on a road trip on, drive with the top down and looking damn cool doing it. I'm a music director of a radio station and I feel that Pamela Parker's Evolutionary Process is my greatest discovery this year, and if you're smart it'll be yours 2 " 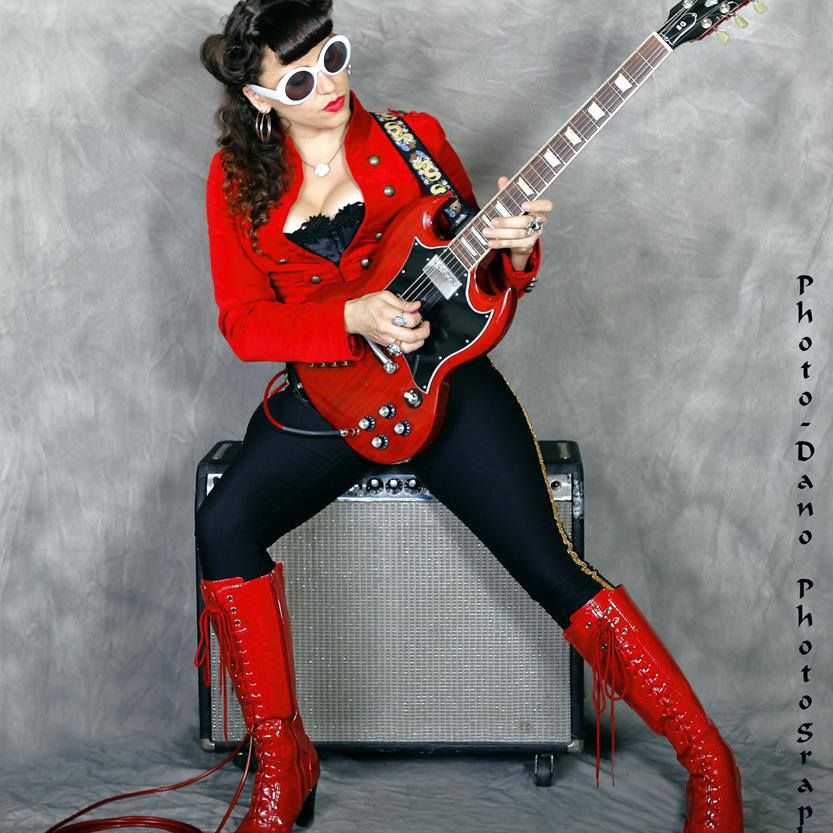 If you'd like to send a tip of your appreciation, you can do so HERE!

Thank you in advance for your contribution to keeping music alive and well in this world today! I will do what I can to get new music out as soon as possible. Your tip will help keep this ship on course!

Enter the amount you wish to donate